Here comes the biggest news the IT fraternity of India has been waiting for!

It is indeed an honor to host Rohan Kumar.

Developers, DBAs, Architects, Data Scientists – it is time for the engineering brigade of Asia to get excited as you will hear from the man who leads the engineering efforts of the entire Microsoft Data Platform – ROCK ON! 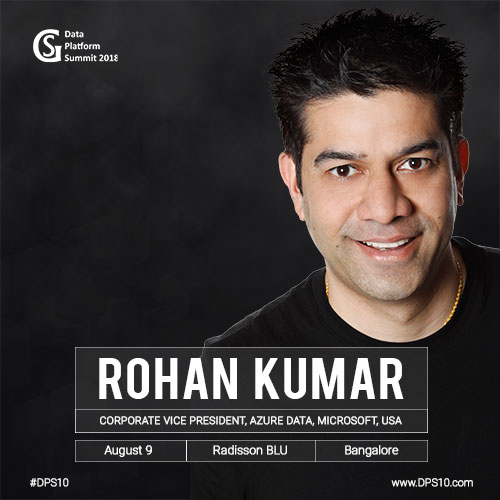 Pinch yourself and believe it, it’s happening! Rohan Kumar is flying down from Redmond to deliver the keynote session at Data Platform Summit 2018 and this is a moment to reckon with!

Rohan and his team have delivered keynotes at the world’s top conferences. His leadership talk, vision, roadmap, and the transformations he & his team are working on – it is always a pleasure to hear him.

Data Platform Summit gives you a chance to see, meet and hear them live! And learn how the Azure Data Group at Microsoft is modernizing and democratizing the data platform!

His talk is un-miss-able. Register today